ADM’s partnership with the Vida Cerrado Park, an important center for biodiversity preservation, research, and socio-environmental education in western Bahia, has just gone a step further announcing a new project that will monitor the Brazilian fauna in the Cerrado region. It aims to identify the diversity of mid-sized and large animals and detect possible new species, collect information on their health status and circulating diseases, evaluate the interaction among wild animals, guide rural producers and engage schools by promoting environmental education actions in these important green corridors.

Monitoring is going to take place over a year in five rural properties in the municipalities of Barreiras and Luís Eduardo Magalhães and includes campaigns to capture and test maned wolves for studies. They are the main research focus and will be used as “ecological detectives” due to their important role in maintaining green areas and environmental balance.

According to the most recent list by the International Union for Conservation of Nature (IUCN), that species has been classified as “vulnerable” in Brazil and as “endangered” in Bahia’s Cerrado region. Experts from the Parque Vida Cerrado warn that their situation is critical, mainly because they are being run over, hunted and even victims of superstitions. To help reverse that situation, the project offers environmental education actions and workshops to pupils and teachers from local schools to raise their awareness and engage them in environmental issues.

The size of that partnership further reaffirms ADM’s commitment to its sustainability and best practices agenda, positively engaging local society in high-impact actions and involving all production chain stakeholders. In western Bahia, the company was the first and only one among agricultural commodities trades to engage in the restoration of native vegetation in a soybean plantation area, which took place through a rewarding partnership with rural producers and experts. In this new monitoring project, ADM and producers will again work side by side to preserve and maintain a hot spot as important as the Cerrado, whose symbol animal is the maned wolf, a species of extreme importance for the maintenance of natural ecosystems and environmental balance. 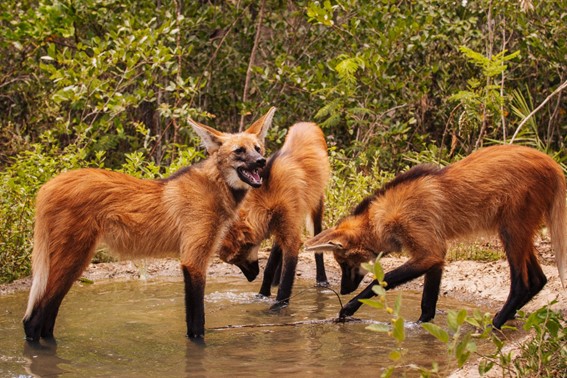