Advanced carbon capture and storage (CCS) technologies offer significant potential for reducing carbon dioxide emissions, while minimizing the economic impacts of the solution. Under the Industrial Carbon Capture and Storage (ICCS) Program, the U.S. Department of Energy (DOE) has collaborated with industry partners in cost-sharing arrangements to demonstrate technologies that will capture carbon dioxide emissions from industrial sources and either store or beneficially re-use them. 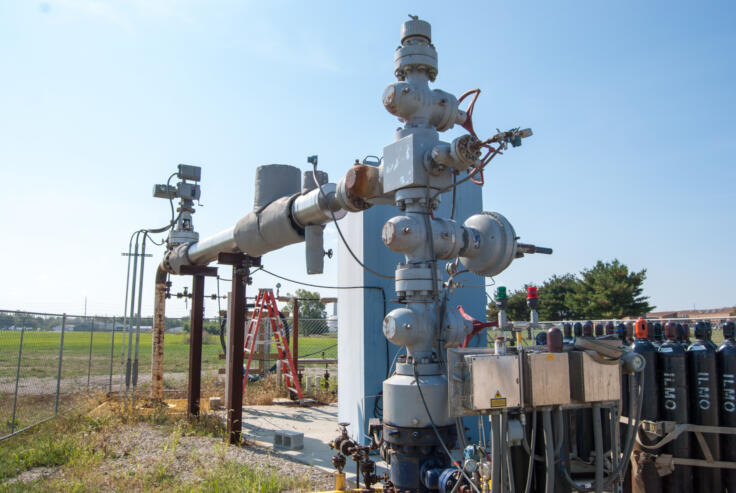 Working with a project team including representatives from industry, government and academia, ADM was selected to conduct one of three projects in the DOE ICCS program to test large-scale industrial CCS technologies. The objective of ADM's project is to develop and demonstrate an integrated system of collecting

and compressing carbon dioxide derived from an ethanol plant and injecting it into the Mt. Simon Sandstone formation - a prolific saline reservoir in the Illinois Basin with the capacity to store billions of tons of carbon dioxide - for permanent geologic storage. Under the guidance of the Illinois ICCS, the effort represents the largest saline storage demonstration project in the United States.

The project offers significant potential for reducing carbon dioxide emissions to the atmosphere by storing approximately one million tons of carbon dioxide a year and leveraging the U.S. geologic saline storage capacity, which is estimated to range from 1,700 to 20,000 billion metric tons. In addition, the project has a variety of economic benefits, including a potential market for the technology among the approximately 200 fuel-grade ethanol plants in the U.S. that may be interested in access to geologic storage. The project demonstrates that the technologies included in the ICCS program have progressed beyond the research and development stage to a scale that can be deployed into commercial practice within the industry.

The commercial-scale sequestration well began operation in April of 2017. During the course of the year, we successfully injected and sequestered just over 507,000 metric tons of carbon dioxide. This is equivalent to the emissions from 108,500 passenger vehicles in a year.